I grew up listening to my father’s supper table stories. He was a doctor; more than that, he was a bush pilot doctor in Alaska.  Never knowing when he’d be called out, these stories were told after he’d gulped down his food. Told after he’d spread yellow mustard on the reheated moose roast, or after he’d swallowed that last bite of cauliflower – fresh from Mom’s garden and smothered in thick Velveeta-cheese sauce.

We heard about the fly-in housecall when a distressed woman tried to crawl out of his Piper PA-14 airplane and go home – when he was 2,000 feet above the Yukon River.  We listened wide-eyed when he described how the low brush on the suitable mountainside strip grew, but he’d committed to land and thrashed down among the eight feet tall saplings. The polar bear hunt on an ice flow along the Arctic coast was supported by his 8 mm movies. 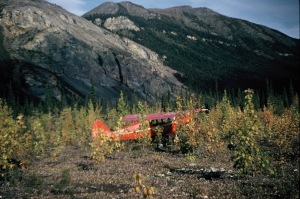 All these stories came from a Hillsboro, Kansas farm boy who had grown up shooting jackrabbits, catching catfish with his hands in a muddy creek, jolting on a metal tractor seat across crop fields in the humid-thick Kansas heat, and picking June bugs off the back porch screen door on his way in for supper. 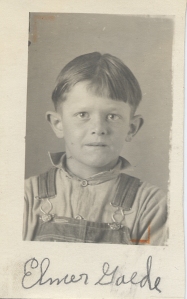 As a young man he wondered what lay over the horizon. He yearned for adventure.  After trading his suspendered over-alls for a graduation gown from K.U. Medical School, his eyes turned north. He found adventure in Alaska.

I learned from him to reframe amusing, annoying, simple – or terrifying – incidences into stories, rather than leaving them as coincidences, aggravations, or unwanted crisis. They weren’t hard-luck, depressing, self-pity stories, but humorous, “would you believe it?” stories; the kind told around a table-clothed Midwest table that tickled the fancy of listeners while they forked in fried chicken, mashed potatoes, and strawberry shortcake; or on a drizzly Alaska evening with halibut, cranberry nutbread, and rhubarb pie.  These mini-dramas elicited teasing, arguments about real facts, and left the listener in a good mood, or at least challenged to see life in a fresher way.

Dad and I turned his oral stories into written stories. They showed up in Alaska Flying, Fairbanks Daily News-Miner, Christian Medical Society Journal, and other publications. I thought writing a book wouldn’t be that more difficult. I was naïve. I was uninformed. I was determined. It seemed appropriate to name the book: Prescription for Adventure: Bush Pilot Doctor.  This book is now into its fourth edition as Alaska Bush Pilot Doctor.

Learning doesn’t need formal instruction. It comes from following someone around, listening in the shadows, working side-by-side, and observing interpersonal interactions and personal reactions.

Published in the June/July issue of “The Country Register – Kansas,” a delightful publication for stitchers, crafters, and all people living in, or driving through Kansas.http://www.countryregister.com/kansas/currentissue.html

Naomi Gaede-Penner is the author of the non-fiction Prescription for Adventure series:  Alaska Bush Pilot Doctor, From Kansas Wheat Fields to Alaska Tundra: a Mennonite Family Finds Home, ‘A’ is for Alaska: Teacher to the Territory, ‘A’ is for Anaktuvuk: Teacher to the Nunamiut Eskimos, and The Three Boys. To browse or order her books and to see her own adventures, visit www.prescriptionforadventure.com.  Find her on Facebook: Prescription for Adventure.